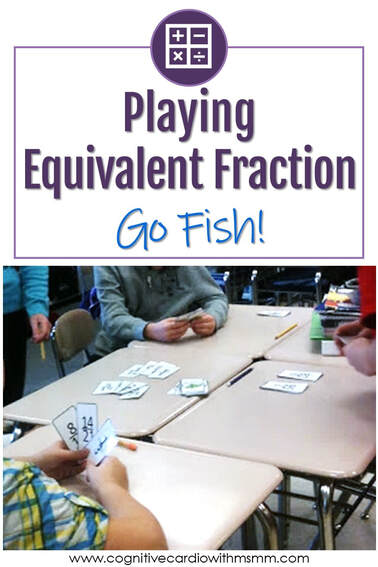 The fraction cards are handy for other activities, like fraction war!)

When we played equivalent fractions ‘Go Fish’ the other day, the students had a great time and did a really good job.

In the first class, I didn’t require students to write down the lowest terms of the fractions in their hands, so it took some of them a little longer to re-reduce their fractions when another player asked for a certain fraction. These students commented that the game really made them think and that it was good when someone made a mistake, because they were able to recognize that a mistake had been made! Good thinkers! 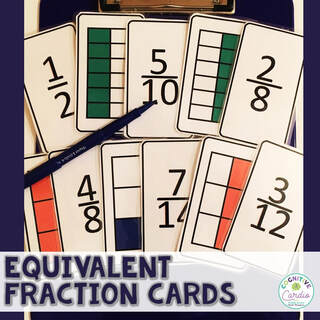 I required later classes find the lowest terms of their fractions and record them on notebook paper (hiding their answers from the other players!), and it definitely helped them to play the game more smoothly.

What are your favorite math games or activities to help students practice with equivalent fractions?

Interested in more about fractions?
​Check out the Fractions: From Foundations to Operations program. 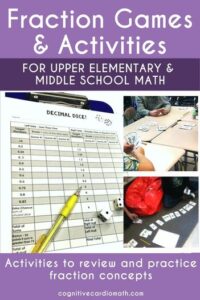 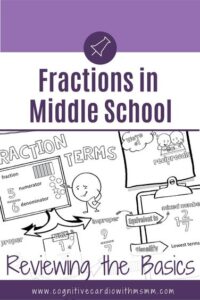 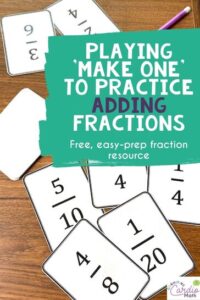 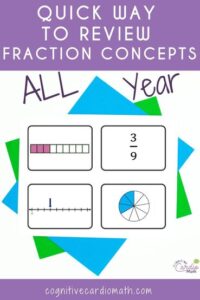 Reviewing Fractions Throughout the School Year

send me the notes!
This decimal concepts activity is one of over 40 e

Do your students have trouble finding the least co

Could you use a few (free) structured math lessons

If you haven't checked out the Summer Math Summit

It's SO rewarding to receive a response like this